Manny and other real-time rendered characters tend to show through pre-rendered sets. You can see the worst instance of this that I have encountered in this screenshot: 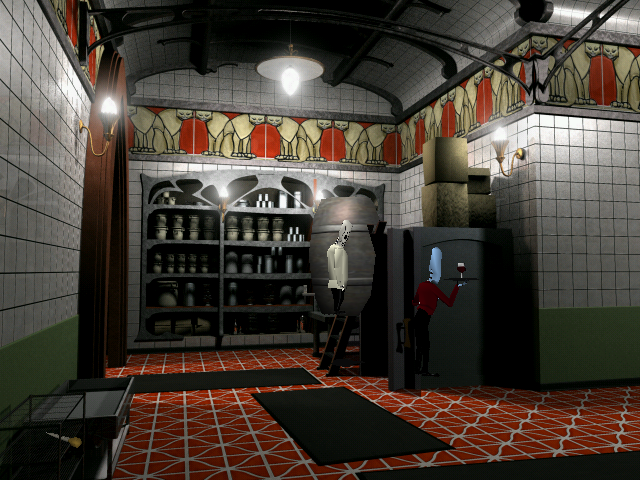 Seems like this is more serious than I thought... I can't complete the Year 2 elevator puzzle. :( 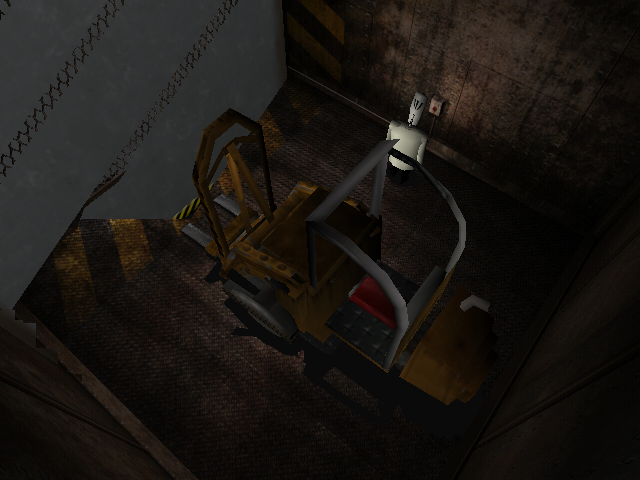 Presumably this is with the OpenGL-renderer, do you get similar results with the software renderer (toggle-able from the ingame menu)

Additionally, would you mind trying to modify the following setting in .residualvmrc (under your grim-fandango entry):
use_arb_shaders=false

(If it happens to be false already, try with true).

Anyway, the elevator puzzle works with software rendering, although it would be nice if the OpenGL renderer worked, since the software one makes the CPU work much harder than the former. But then, slow CPU's are not much of a problem if you're one of the 6,999,999 people who has a computer that was made less than ten years ago. ;) Then again, the OpenGL renderer is the default one, and most people like software that "just works". And of course we don't want people who have a working copy of Grim Fandango to have to throw it out, and spend money on the remastered game just because it didn't "just work", now do we?

Alright, I did that, and here's an image with a side-by-side comparison of the two use_arb_shaders variables taken at the Casino Calavera:

Sorry, guys, I was rather mixed up when I closed this issue; I somehow got it in my head that that the settings I was using at the time I closed this were the defaults, other people using the defaults wouldn't be affected, and that someone else who wasn't using the defaults would eventually come along and fix this. WRONG! WRONG! WRONG! Anyway, those last two comparison screenshots were taken using the software renderer, and it doesn't make any difference whether use_arb_shaders=true or false in either rendering mode, so it still doesn't work with OpenGL rendering. In short, this is still a problem for people who just stick with the defaults.