I'm not sure if this affects the original game, but I've noticed while using ResidualVM that some of the 'videos' used in-game to add some movement to scenes don't blend in with the backgrounds.

It's particularly noticeable with the picture of Don Copal below, with a square around him being quite visible where the video meets the background (this is incidentally the first time I've realised that we never once see Don Copal as an in-game model).

Yet, the picture of the LSA lift doesn't seem to exhibit the problem. This makes me think it might have affected the original game too and I just didn't notice. Anyone able to verify one way or the other? 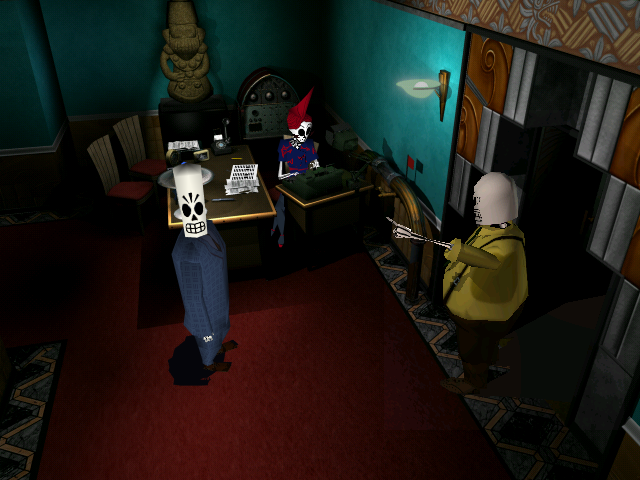 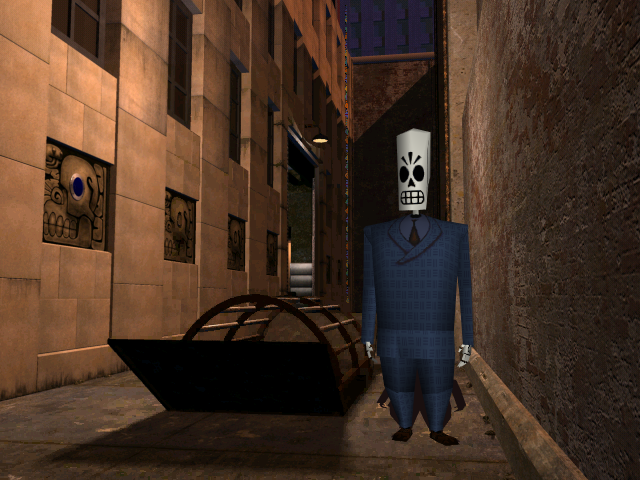 Interestingly enough, the lift that does look fine in the full game looks like your first picture in the demo. See #360.

I'd guess that it's a data issue, but confirmation is needed first.

I had a look on YouTube for some old walkthrough videos and this one from four years ago seems to exhibit the problem very clearly:

Someone with more time than I have right now could probably verify for sure whether or not that's Residual footage (unlikely considering how buggy it was four years ago).

Seems odd that I wouldn't have spotted something so obvious the 4+ times that I played the game prior to 2007, though. Maybe it's been introduced by newer drivers and such. Or maybe it's just a case of really bad compression made more obvious by modern LCD screens — even editing the gamma and black levels in Photoshop of the video area didn't help much because the video is so limited in colours, etc compared to the background.